Nutritional supplements can play an important role in maintaining the health of a horse’s skin. In the first part of our two-part series on the topic, we looked at the role that the skin plays in fighting off harmful pathogens, and examined some general rules that one should follow in order to keep the horse in good health before resorting to supplements.

In this, the second part of the series, we’ll examine how different nutrients aid the skin in different ways – and why some strategic use of supplements might help to keep your horse’s skin looking great – and functioning well.

When is it right to supplement?

Ideally, all horses should receive a balanced diet before supplements are considered. If the horse’s coat is in poor condition, then this is usually a good indication of poor diet. This is because its body has adapted to prioritise nutrients for vital organs. So, while introducing a supplement that targets the skin might improve the way the skin looks, it will not address any broader, and more fundamental nutritional deficit. 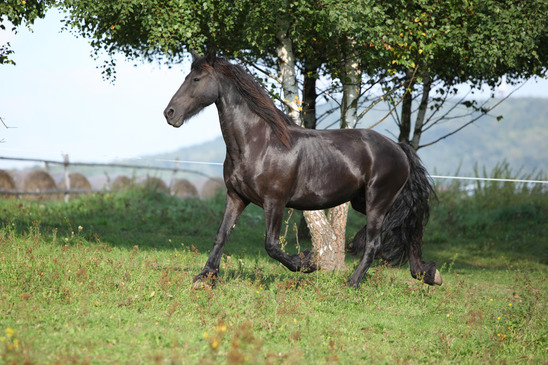 For horses who already receive the right diet, however, a supplement might be just the thing to get their coat in optimal condition. Consequently, horses which are preparing for the show season might benefit tremendously from the extra nutrients that supplements can provide. Let’s take a look at some of these nutrients, and the role they might play in ensuring the health of the skin.

Vitamins play a vital role in maintaining a horse’s body. Of these, one particular sort of B-vitamin stands out as being particularly important to the skin. It’s one which a horse’s body can’t synthesise, and so it must be received from outside – either directly through diet, or through certain sorts of intestinal bacteria – which can synthesise it.

Biotin deficiency is bad news for a horse’s coat. It will result in dermatitis, loss of hair and problems with the nervous system. Fortunately, such severe symptoms are rare; more common is a slight deficiency which causes the skin and coat to be marginally (though visibly) less vibrant than it otherwise might be.

Another B-vitamin can be helpful in combating a certain disease which effects the health of the skin: Sweet itch. This seasonal malady is a result of midge bites, and is an allergic reaction which steadily accumulates, causing a horse to scratch at the affected area and causing hair to fall out and skin to swell up. Nicotinamide is the active form of niacin (vitamin B3). It helps to reduce the release of histamines, which cause the itchiness which defines the condition.

When it comes to mineral supplements, two trace elements stand out as being particularly important. These are zinc and manganese. These play a vital role in creating keratin and collagen, which are used to create new skin, hair, and hoof tissue. If a horse doesn’t get enough of these minerals, then the production of both will suffer – as will the condition of the coat.

Fortunately, almost everything your horse eats will contain a small amount of these minerals. That said, you should ensure that your forage is analysed frequently, and take note of the mineral content. Usually, manganese is in ample supply, but zinc is often less so. If you should notice a large shortfall, then you might consider supplementing your horse’s diet in order to ensure that they’re given the right amounts of these important minerals. Horses are extremely resilient to high levels of both, and so any side effects should be minimal.

Much has been made in recent years of the role that essential fatty acids play in securing overall good health – both in the case of humans, and in pets, too. You’ll undoubtedly have seen the word ’omega’ emblazoned across the side of everything from breakfast cereal to yogurt pots to pet foods. But what does this term actually mean?

Essential fatty acids are the sort which a horse must receive through diet – as they cannot be synthesised by mammals. They are numbered according to the position of a double bond in a chain of carbon atoms. Not all of them are created equally, however; adjusting the ratio of each present in a horse’s food will influence the animal’s health. 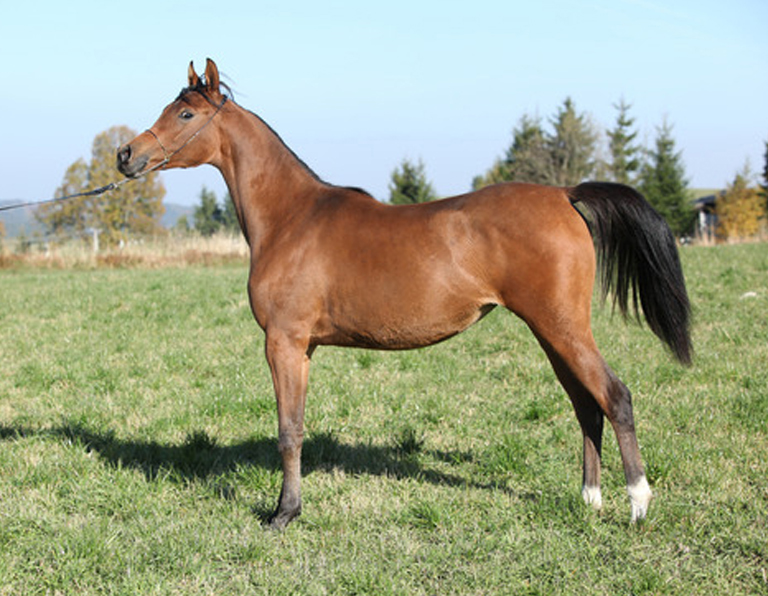 Omega-3 and omega-6 fatty acids are the ones we’re principally concerned with. Omega-6 is used to create prostaglandins, which act as an inflammatory. Omega-3, on the other hand, create mediators which help to inhibit this effect. A horse will need both in the right proportions in order to thrive. But getting the right balance can be tricky. The forage which makes up the majority of a horse’s diet contains only a very small amount of either, but it’s richer in omega-3 than it is in omega-6 – which is another great point in favour of a forage-based diet.

In order to limit the inflammatory effect of omega-6, owners might wish to provide their horses with omega-3 rich substances. These include fish and linseed oils, which can be delivered the horse in capsule form.

Omega-3 fatty acids have also been shown to play a role in the fight against sweet itch, by reducing the reaction to midge bites. So, while the best defence against the condition is to limit the horse’s exposure to midges, a diet containing omega-3 will help the horse to resist the bites which do occur. Ideally, one should ensure that the horse is in receipt of a healthy, balanced diet before they are exposed – as healthy horses are better able to resist Sweet Itch than those with a vitamin, mineral or EFA deficiency.

The health of a horse’s skin and coat is vitally important. Not only will it ensure that the animal looks great, but it will also help to protect it from disease and infection. The best way to achieve a healthy coat is through a balanced diet based largely on forage – and dietary supplements can play a key role in such a diet.