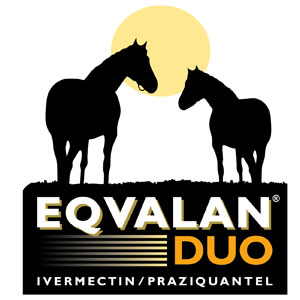 Last spring Merial simplified the SMART worming message by introducing the SMART Rules, four simple rules to help horse owners plan an effective worming programme. In the second of these rules Merial takes a closer look to help you explain why refugia is so important.

In general, owners of horses have a tendency to hate the thought of their horses harbouring worms, but research has shown that actually allowing their horses to keep worms at a low level count within their system can actually be beneficial. These worms are known as ‘refugia’ and keeping a low population of treatment- resistant worms in the horses system, helps to dilute the number of treatment-resistant worms that are developing. Worming too frequently will deplete the number of treatment- sensitive worms, leaving only resistant worms in the gut which cannot be eradicated with wormers.

One of the best ways to maintain refugia is to use  faecal worm egg counts to find out whether the horse really requires worming. We already have clients that currently practice this and they have already been advised that if their horse has a result of less than 200 eggs per gram (epg) they should not worm. This is because a low level of worms is not harmful and actually helps to maintain refugia. For more information on this or any other aspect of worming and worm counts give us a call.