If you’re the owner of a horse, then you’ll need to be sure that your animal is kept safe from harm. This means stabling and feeding them, naturally; but many horses are at risk from a substance that’s contained in their food – a threat which many owners are entirely ignorant of. This threat is called mycotoxin – it’s a substance produced by a fungus which we know as mould.

You’ll find mycotoxins in soil and plants. They form in the field, and sometimes after harvest, if the storage conditions are poor. They’re traditionally thought of as a substantial threat to poultry and pigs – but they can affect horses, too.

What does mycotoxins cause? 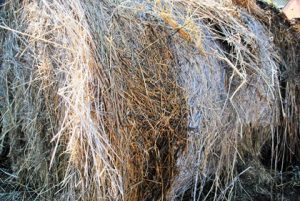 If a horse ingests significant amounts of mycotoxins, then they can suffer in a number of different ways. Mould itself can inflict skin allergies and inflammation, as well as a number of respiratory diseases. But the mycotoxins they create (which are many and various) can cause every disease imaginable – from anorexia to kidney and liver damage, to seizures, to lameness and death. What’s worse, some of these mycotoxins are caused by moulds which are undetectable. And since the mycotoxins themselves are so widely-differing, it’s difficult for a vet to say for sure that mycotoxins are to blame for any individual condition.

Clearly, this is undesirable, and so it’s worth taking steps to ensure your horses are protected. Let’s examine how we might go about this.

In order to stay on top of the spread of mycotoxins, it’s important to consider how they might spread in your stable. Since no two environments are quite the same, one should think about where the risks are greatest to your horses. Do this through a risk assessment, considering several key areas, deciding which pose the greatest threat, and taking action accordingly.

A logical place to start would be the food itself. Check the hay that your horses are eating and sleeping in. In some cases, you might be able to see the mould itself, in which case you should take corrective action immediately. In others, you might need to send a sample for testing in a laboratory. Testing should be done regularly as a preventative measure – using a reputable lab. While the sample might not contain the mould that’s responsible, it will still yield worthwhile results, in the form of useful information about the quality of the feed.

It’s important to only feed your horse fresh food, rather than stuff that’s been left out in the open. Be sure that any haylage you open is used within a three-day window – as waiting longer will provide moulds with an opportunity to establish a foothold. When you’re storing food for long periods of time, be sure that the conditions are dry and cool – as moulds, like many other harmful organisms, require warmth and moisture in order to thrive. For similar reasons, avoid allowing hay to soak for too long a period of time will result in a greater concentration of mycotoxins.

You might be able to test the temperature of the hay in order to establish if mould and yeast is growing in a bale. Do this with a temperature probe – or, if you’re sufficient confident, with your hands. Infected bales will feel slightly warmer than clean ones.

We can also offer our horses some measure of protection by being selective in the sorts of food we’re providing them. Secure feed from a reputable supplier – and be sure to inspect it on arrival for signs of damage. A large bag of haylage should be wrapped in around eight layers of protective plastic in order to provide the best possible protection.

While it’s possible to ruin a bag of feed that arrives in good condition, it’s impossible to correct a bag that’s damaged on arrival – so be sure that you invest in the best.

As well as food, water can also provide mycotoxins with a home. It’s important, then, to provide your horses with fresh water every day – rather than simply allowing old water to stand. There’s no use in simply pouring fresh water into a trough or bucket that’s filthy, however – which is why it’s crucial to clean yours regularly. Be sure to also carry out a visual inspection – if you can detect any signs of mould, then be sure to take corrective action. This inspection shouldn’t take too long – and it’ll also provide you with a chance to look for other problems, like rust.

As well as regularly cleaning drinking troughs, it’s worth also cleaning feed buckets and bins between batches. Be sure to allow them to thoroughly soak, and to ensure that they’re completely dried before re-using them. Be sure also to keep the scoops and spoons you’re using to dispense the feed clean, too. As we’ve mentioned, food should be kept where it’s dry and cool – but it should also be sheltered from pests like rats and birds, whose droppings can cause problems that go beyond mycotoxins.

In order to ensure that things are kept as dry as possible, it’s important to be sure that air can properly circulate through the stable. If you notice cobwebs forming all around the stable, then this might be a sign that airflow is restricted. Another obvious sign that things are damper than they should be is mould growth itself – particularly on wooden beams and pillars on the inside of the stable. Remove these where you find them, and ensure that the stable is thoroughly disinfected – particularly in rooms where the horses are eating.

As well as considering the factors we’ve mentioned, it’s also worth paying attention to the horse itself. If a horse suddenly loses its appetite, then it might be a sign that what you’re feeding it isn’t particularly appetising.

Mycotoxins are capable of inflicting considerable damage to your horse – but with the right precautions, you’ll be able to safeguard yours without much trouble. Be sure to take hygiene seriously, and you’ll give your horse the best possible chance of resisting the mycotoxin threat.